Scientists gain insights into how pathogenic bacteria of the genus Bartonella give rise to lesions in the human body, opening new avenues in modern medicine


A research team from Fujita Health University, Japan, has found that bacteria of the genus Bartonella release a protein—which they have named BafA—that stimulates the production of new blood vessels that support bacterial lesions. This discovery may help scientists develop new methods for diagnosing and treating these infections.


Bacteria of the genus Bartonella are parasites that can be transmitted to humans via insect bites and animal scratches, resulting in an infection known as “bartonellosis.” Cat-scratch disease and trench fever are forms of bartonellosis caused by different Bartonella species infecting humans. Bartonella bacteria can cause lesions to pop up in the skin and internal organs. To provide themselves with a safe habitat, the bacteria bring about the increase of the number of “vascular endothelial” cells (cells that line the interior of blood vessels), which hide themselves from the host immune system and stimulate the creation of new blood vessels, through a process called “angiogenesis.”

Previous studies on Bartonella henselae (B. henselae for short), the bacterium responsible for cat-scratch disease, have shown that it can directly “inject” proteins that inhibit programmed cell death (apoptosis) into the endothelial cells. However, B. henselae can also promote angiogenesis without directly contacting endothelial cells, which implies that the bacterium can secrete a bioactive substance that takes on the duty of kick-starting angiogenesis.

In a new study published in Nature Communications, a team of scientists led by Senior Assistant Professor Kentaro Tsukamoto and Professor Yohei Doi of Fujita Health University, Japan, have identified that this bioactive substance is actually a protein. They have also named this protein as Bartonella angiogenic factor A, or “BafA” for short. This is the very first report of a vascular endothelial growth factor (VEGF for short)-like protein produced by bacteria. 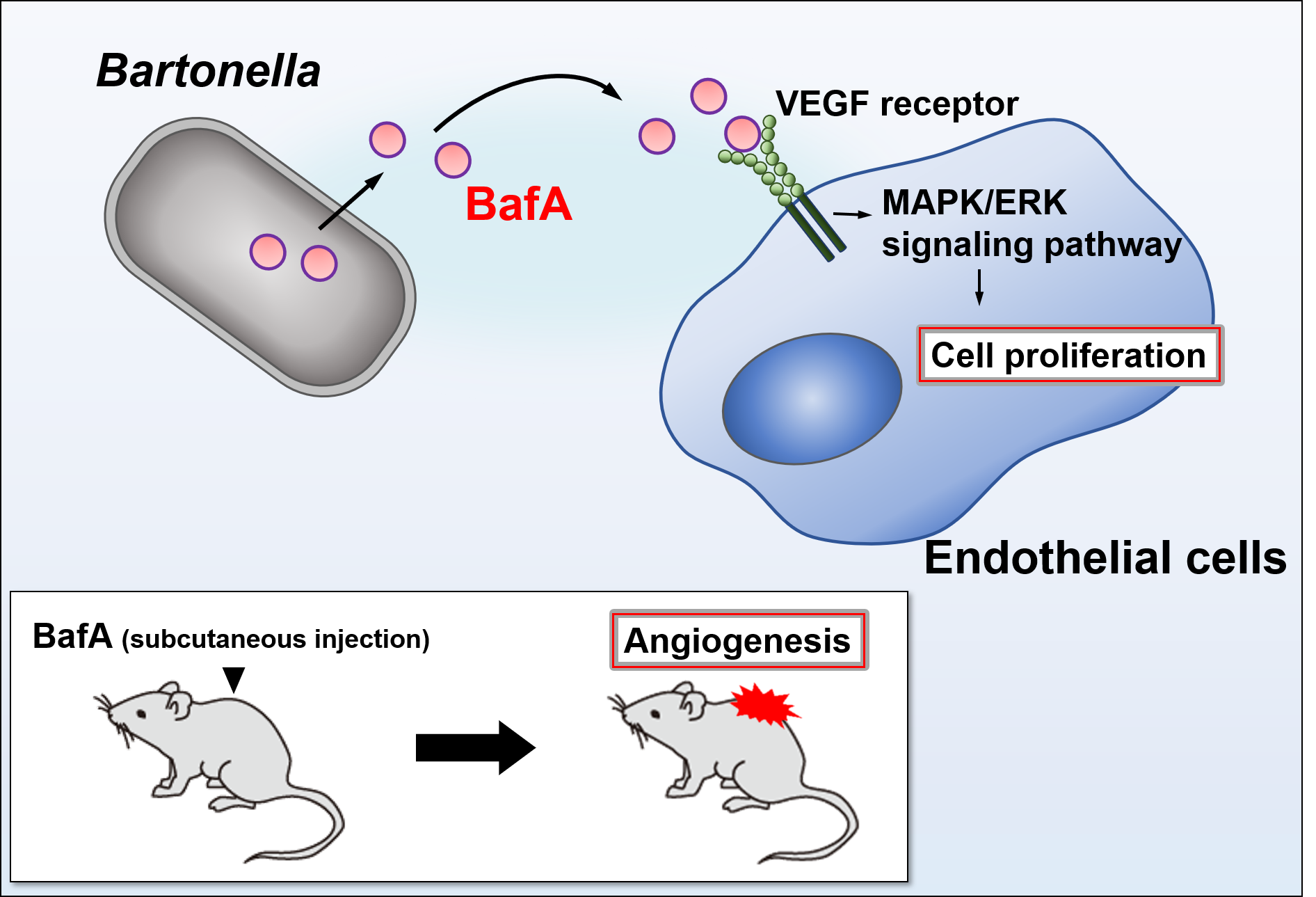 Figure 1. This study identifies the molecular mechanism by which Bartonella bacteria cause lesions to appear over a patient’s body.
Photo courtesy: Kentaro Tsukamoto

Then, to confirm that BafA stimulates angiogenesis, the scientists extracted samples of a major blood vessel called the aorta from mice and placed the samples in gels that did or did not contain BafA. As can be seen in the image below, the aorta samples that were not exposed to BafA did not sprout new blood vessels, but the aorta samples that were exposed to BafA grew vessels that extended into the gel. The scientists also found that surgically placing a BafA-containing gel plug into living mice led to blood vessels growing from the surrounding tissue into the gel. 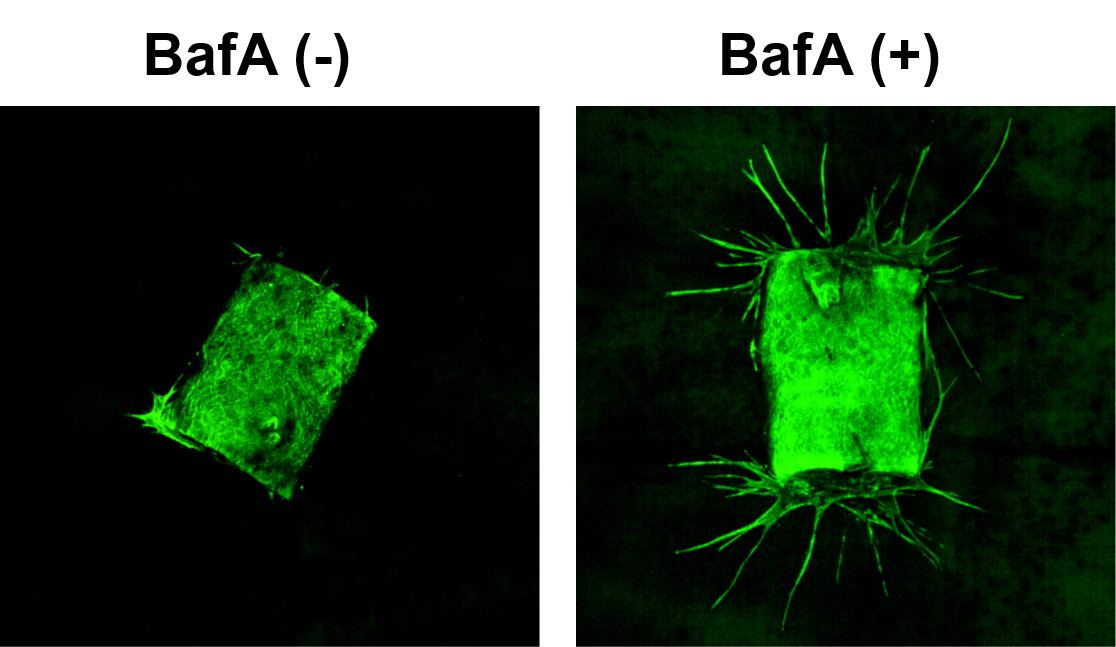 Figure 2. Aorta tissues that were not exposed to BafA (left) did not sprout new vessels, while BafA-exposed aorta tissues (right) did.
Photo courtesy: Kentaro Tsukamoto


Further experiments with human endothelial cells in petri dishes indicated that BafA activated cell surface receptors that recognize VEGF. By binding to these receptors, BafA triggered the activation of a process inside the cells, involving proteins called mitogen-activated protein kinase (MAPK) and extracellular signal–regulated kinases (ERKs). The MAPK/ERK pathway plays an important role in the multiplication of endothelial cells and angiogenesis. “In the last set of experiments, we performed similar studies in a related bacterium called Bartonella quintana, the bacterium that causes trench fever, and we found that it produces its own version of BafA that also causes human endothelial cells to multiply,” explains Dr Tsukamoto.

These findings provide valuable insights into the mechanisms by which infectious bacteria can produce lesions in their hosts. “We believe that BafA proteins can be leveraged as tools for studying angiogenesis, and we also consider potential medical benefits,” reports Prof Doi. “Most importantly,” he elaborates, “BafA is a potential target for the development of diagnostic and therapeutic strategies for bartonellosis.”

The scientists also speculate that BafA proteins could be used in regenerative medicine, which is a highly specialized branch of medicine that deals with replacing or regenerating lost or damaged parts of the body. Further research is needed to confirm the scientists’ findings, but needless to say, BafA proteins will certainly be of immense interest to the scientific community.

This work was supported by JSPS KAKENHI Grant Number JP19K07548 (K.T.), MEXT-Supported Program for the Strategic Research Foundation at Private Universities from the Ministry of Education, Culture, Sports, Science, and Technology of Japan (H. Kurahashi), and the Grant for Joint Research Project of the Research Institute for Microbial Diseases, Osaka
University (K.T.).