The truth about psychiatric diseases from a genetic viewpoint

The researcher with the highest number of patient samples in Japan

Schizophrenia was previously referred to as “split-mind disease” in Japan. This disease, which adversely affects the psychological state of patients through hallucinations and delusions, markedly lowers their quality of life (QOL) and makes it difficult for them to enjoy social lives. Drugs that alleviate symptoms of schizophrenia have been developed, and the environment surrounding patients with schizophrenia has gradually evolved; however, the mechanism of the disease onset remains unclear. To date, no fundamental treatment has been found. Professor Nakao Iwata is a leading authority in psychiatric genetics research in Japan. This post introduces the research history of Professor Iwata, who has continuously made significant achievements, with a view toward realizing the fundamental treatment of psychiatric diseases. 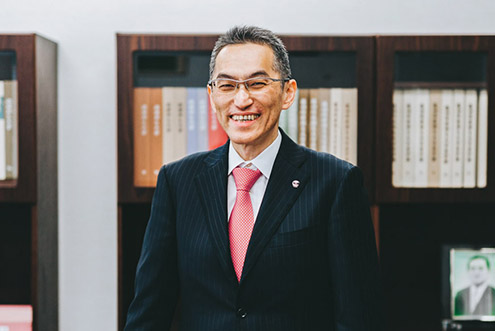 A genetics-based approach to psychiatric diseases

Professor Nakao Iwata has been investigating the causal genes of diseases such as schizophrenia and manic depression, with which genetic factors are markedly associated. He is a leading authority in psychiatric genetics research in Japan.

Schizophrenia is a common psychiatric disease with an incidence rate of approximately 1 in 100 people. In addition to its characteristic symptoms, i.e., hallucinations and delusions, it adversely affects the motivation and emotions of patients and damages their cognitive functions. Patients with schizophrenia tend to experience difficulties in their social lives and, thus, many of them continue to suffer from the disease at home or at the hospital for a prolonged period. Other features of schizophrenia are the onset, which tends to occur during the late teenage years, and the course, which tends to progress to a chronic stage or become recurrent. It markedly lowers the QOL of an affected individual.

To date, the detailed mechanism of schizophrenia remains unclear, and the development of new treatment methods is necessitated because no treatment drug can fundamentally cure the disease, although some drugs can alleviate symptoms. 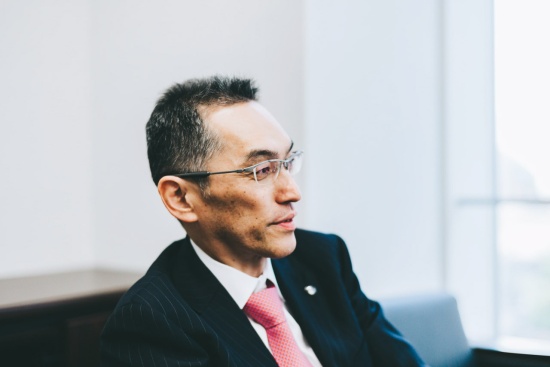 Although various approaches have been selected to investigate schizophrenia, why is Professor Iwata trying to elucidate the mechanism of the disease from a genetics standpoint? The professor explained the reason as follows:

“Many psychiatric diseases are caused within the brain. Recently, with the development of brain-imaging devices such as fMRI, we can increasingly observe in detail what is happening in every area of the brain. That said, we still cannot elucidate the mechanisms behind such findings by simply observing the condition of the brain. We would like to understand the truth about the disease by pursuing the study of genes, which are the most fundamental cause of the disease.”

Determining the causal gene of the disease enables us to comprehend the mechanism of onset, which would result in the development of treatment drugs. Moreover, if it would be feasible to identify individuals with a genetic risk of the disease, preventing an onset would be possible by altering certain conditions. To date, the causal genes of several diseases have been explored, and progress has been made in research through the creation of animal models based on identified genes.

Samples from 10,000 people shed light on the mystery of schizophrenia 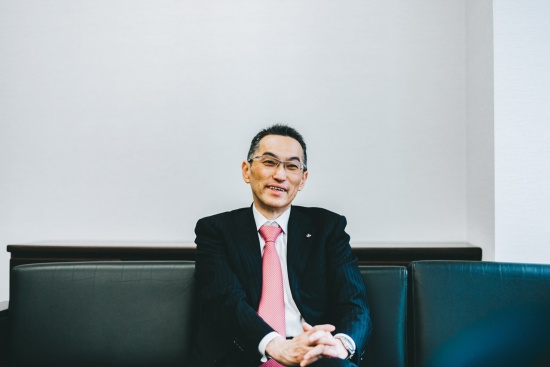 Recent research by Professor Iwata and colleagues revealed that approximately 260 genes are related to schizophrenia. In addition, each one of them has a weak association, and none of them are adequately robust to double the risk of onset. The gene with the strongest association elevates the risk by approximately 1.3-fold. Professor Iwata says that this makes genetics research into psychiatric diseases challenging.

“In order to identify genes with a weak impact, it is necessary to collect a large volume of data with support from many patients. In the case of schizophrenia, data from at least 10,000 patients are required to provide significant findings. Therefore, it is necessary to explain research objectives to 10,000 patients, obtain consent from them, and collect their blood samples. Because this involves hard work, some researchers give up on genetics research into psychiatric diseases. In this context, I have continued to work on projects without giving up. I have found myself being the researcher who has collected the largest number of patient samples in Japan.”

To find rare mutations, data from more than 10,000 patients are needed

Professor Iwata and his team comprehensively analyzed data from 10,000 patients through the Genome-Wide Association Study (GWAS) and detected genes that are present in only patients with schizophrenia and not in healthy people. The genomes of healthy people were provided by the genome center of Riken, with whom he has been conducting joint research projects. Through international joint research projects that adopt these methods, the professor and his team have currently detected genes that perhaps correlate with approximately 260 diseases. Currently, they are conducting further analyses.

At present, the professor is also working on precisely reading DNA base sequences; through this process, it is possible to detect rare genetic mutations that greatly affect disease onset. Gaining an understanding of mutations that greatly affect disease onset could facilitate the elucidation of the mechanism of onset, which would likely lead to the development of treatment drugs. However, data from more than 10,000 patients are needed to detect a rare mutation. 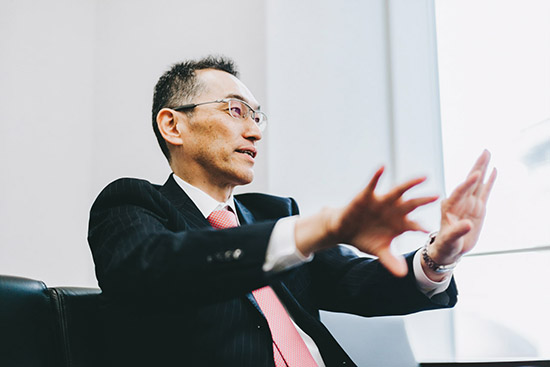 To collect a large volume of data, it is essential to work not only with researchers within Japan but also with research groups worldwide and conduct joint research projects. Professor Iwata’s group is collaborating with peers from the international community to make further progress on research.

“The amount of funding that Japan has allocated to genome research is less than 1/100 of that allocated in the US. Because genome information is the basis of medical research, I am concerned that the US might end up solely taking the lead in this field. However, the data of Japanese people who are suffering from psychiatric diseases are valuable from a perspective of overseas researchers as they can be collected only by Japanese psychiatrists. Japan has an advantage in that it has a population of 120 million and is comprised islands that are genetically highly homogeneous; therefore, clear results tend to be obtained in genetics research. I am sure that genetics-based research in Japan will become increasingly important going forward.”

In 2011, Professor Iwata was appointed as the representative of the Manic Depression Research Team of the Strategic Research Program for Brain Sciences (hereinafter, “Brain Pro) of the Ministry of Education, Culture, Sports and Technology. Since securing the budget for human resources through this project, he has traveled across Japan to recruit co-researchers to assist him in finding patients, obtaining consent from them, and collecting their blood samples. Currently, samples of approximately 4,000 patients have been collected. Professor Iwata shed light on a research project in which these samples are used:

“Like schizophrenia, manic depression has a high prevalence rate, i.e., 1 in 100 people. In many cases, the disease develops during adolescence and sufferers have a high suicide rate, which causes a significant loss to the community. It has also been suggested that genetic factors are associated with the onset of depression, which is significantly impacted by environmental factors. As the hub of the Brain Pro, we are aiming to elucidate the mutual effects of genetic factors and environmental factors by simultaneously conducting the GWAS while assessing factors such as stress from work and private lives. Over the course of this project, we found that a group of genes related to the metabolism of unsaturated fatty acids is associated with manic depression. Unsaturated fatty acids refer to ω3 and ω6 fatty acids. People may recognize them by names such as DHA and EPA. They are good fats present in foods such as oily fish. A detailed analysis of the mutual effect of dietary factors and manic depression may lead to the development of new methods of treatment for the disease.”

“At the Institute for Comprehensive Medical Science, an entire floor was utilized as a laboratory. The laboratory was equipped with special experiment benches, which allowed us to perform experiments while either standing or sitting. The Institute had abundant research funding and state-of-the-art research facilities. I had not known that Fujita Health University had such an advanced research environment and was therefore surprised. I largely benefited from the university’s generous support system for research.”

Professor Iwata joined a genetics research laboratory at the National Institutes of Health (NIH) in the United States and learned genetics from scratch. At that time, no established methods of genetic analysis existed. Therefore, Professor Iwata and his colleagues developed a program by themselves. He subsequently returned from the NIH to Fujita Health University and began building a hub of genetics research at the Department of Psychiatry.

Currently, young doctors joining the Department of Psychiatry, which is led by Professor Iwata, also belong to a laboratory and study as postgraduate students. While they engage in clinical practice during the day, they conduct research in the evening. However, when they need to focus on research, they conduct research from morning to night. Professor Iwata considers that it is essential for doctors to devote themselves to research at some point of their life.